Left-wing Hollywood director Rob Reiner is hellbent on seeing President Donald Trump impeached. And now he’s shared with his Twitter followers a “How to Talk About Impeachment This Thanksgiving” guide just in time for the holiday.

“If someone in your family wants to make Thanksgiving dinner about defending Trump’s high crimes, here’s how you can be prepared,” Rob Reiner said in a tweet that has been deleted. “These are the four key arguments in the case for impeachment and removal. Be ready before you sit.” 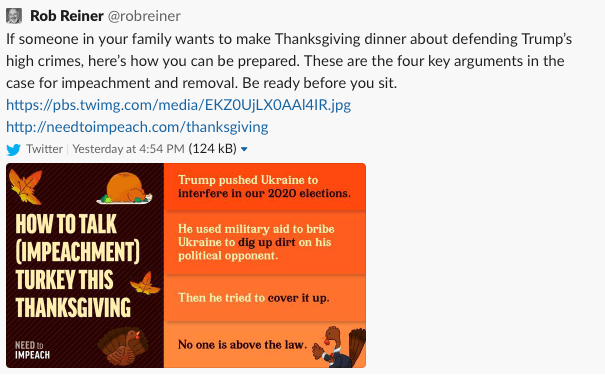 Reiner’s missive also included a link to the website Need to Impeach, a platform replete with a “collection of articles, graphics, and key facts to bring to the dinner table this Thanksgiving,” the website reads.

The site includes graphics (like the one below) that offers a step-by-step guide on how to talk about impeachment at the Thanksgiving dinner table, “because you know your Uncle Fred is going to bring it up.” 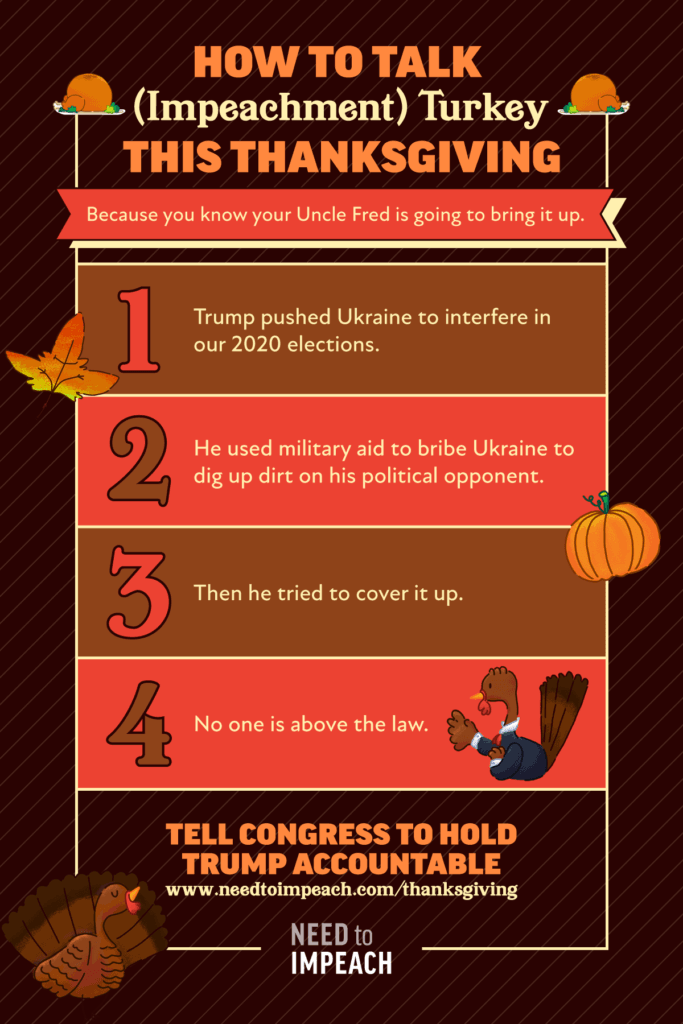 Need to Impeach was founded by billionaire and newly minted presidential candidate Tom Steyer. This week, Steyer hit the campaign trail in Iowa and announced to a crowd in Northwood, saying “I don’t want to be president.”

Reiner, though, at least his Twitter timeline, is a steady stream of impeachment wish casting. Earlier this week, the Princess Bride director insinuated that if President Trump isn’t removed from office, it would mean that Russian President Vladimir Putin would have successfully destroyed democracy in the U.S.

“The case against Donald Trump is beyond a slam dunk,” Reiner said. “If he is not thrown out of office, Putin will have been successful in destroying our 243 year Democratic Experiment.”

Jerome Hudson is Breitbart News Entertainment Editor and author of the bestselling book 50 Things They Don’t Want You to Know. Order your copy today. Follow Jerome Hudson on Twitter @jeromeehudson.